Raised By a River

I have been reading a book by Robin Wall Kimmerer entitled Braiding Sweetgrass: Indigenous Wisdom, Scientific Knowledge, and the Teachings of Plants. The third essay, The Gift of Strawberries, starts with an excerpt that has captured me. Kimmerer writes:

“‘I once heard Evon Peter--a Gwich’in man, a father, a husband, an environmental activist, and Chief of the Artic Village, a small village in northeastern Alaska--introduce himself simply as ‘ a boy who was raised by a river.’ A description as smooth and slippery as a river rock. Did he mean only that he grew up near its banks? Or was the river responsible for rearing him, for teaching him the things he needed to live? Did it feed him, body and soul? Raised by a river: I suppose both meanings are true-- you can hardly have one without the other.

In a way, I was raised by strawberries, fields of them...After the school bus chugged up our hill, I’d throw down my red plaid book bag, change my clothes before my mother could think of a chore, and jump across the crick to go wantering in the goldenrod. Our mental maps had all the landmarks we kids needed: the fort under the sumacs, the rock pile, the river, the big pine with branches so evenly spaced you could climb to the top as if it were a ladder--and the strawberry patches.”

Oh, I could swim in that imagery all day. The peace of being raised by a river. The sweet joy of being raised by strawberries. Living right by them. They inform your world view, your upbringing, your inner compass. How lush, extravagant.

This got me to thinking, what was I raised by? I drift in my memory and a James Taylor song rises to the surface, “In my mind I’m going to Carolina, can’t you see the sunshine, can’t you just feel the moonshine…” My childhood home was surrounded by azaleas, dandelions, crabgrass. My coming of age home in Boone was surrounded by mountaintops. Early married life was shaped by the James River rushing by my Richmond Row House.

I was raised by sweet magnolias, apple cider vinegar, and clover.

Naming, acknowledging, the environment in which we were raised and are being raised is a ritual act. A sacred practice honoring our interconnection. When we honor our place, naming it, we express gratitude for what the soil has provided to us, for the creation that nourishes us.

It is healing to re-root ourselves, grounding...reconnecting…..Looking back at where we came from, paying attention to where we are now, who we are connected to, the creation around us...we say Thank you, Lord. Walking the curves of our street, admiring the gardens of our neighbors, hearing the church bells nearby, seeing children on training wheels, city bus whizzing by...we say Thank you Lord…Honor the city’s vibrance, interconnection, dependence on one another...we say Thank you Lord

We steward a land that is not our own and not of this time alone. Honoring the native land is a radical act, it gets at the root of truth….it is truthtelling...

When we honor the native land, we acknowledge that we know we warm ourselves by fires we did not light. We offer our humility and respect to the Catawba people and their ancestors, whose land we stand on now, and whose land was taken from them by our ancestors, as well as to the enslaved people whose bodies and labor were taken from them to build this Empire and its economy. We honor all of those people, and commit ourselves to the work of repair and restoration.

The radical act of honoring the native land, of reconnecting with creation around you, by getting in touch with the environment around you is a Spiritual Discipline, a practice that theologian Ched Myers calls “Re-Placement.”

He says, “Our culture of displaced and displacing mobility has severed most of us from rootedness in a home place. “Placelessness” is the primary form of First World alienation. The dominant culture of urban modernity in which most of us were raised is one characterized fundamentally by displacement and alienation from land and place.” Ched Myers proclaims the most important theological and practical journey of our time is to reclaim and restore our sense of place in and and on the land.

The pathology of placelessness can be healed by disciplines of “re-place-ment”. Covenanting with specific land and nurturing relationship within community can reconvert us toward the likeness of God’s kingdom once more.

Writer and farmer, Wendell Berry says, “We have lost our way as creatures of God’s biosphere, but- the good news is- the map woven into creation can lead us home.”

Is this what my Mother was doing when she drove through the town of Wendell to see the old home of her grandparents, pointing out the “T” on the screen door for “Tyson” and the long tended roses in the side yard? Is this what my Papa was doing when he spent all his free time on genealogy and family trees? Was he retracing the plot from which he was raised, the waters he had been immersed in?

Were they saying, I was raised by….tobacco, red clay...piano keys...By Gerald, Joyce, Ada, and Jennings?

Maybe, when they were teaching us these things, the practices of their ancestors were ringing in their ears…

A few years ago, I attended a City Design and Gentrification bus tour hosted by Community Building Institute. My mental map was unfamiliar with the terrain...we were in East Charlotte. But, the story of the land was similar to what I knew deep in my gut...a neighborhood long divested from was experiencing land speculation. Long time neighbors were being displaced. Evidence of this could be seen in flipped houses, white paint, black trim, fancy new font numbers on the fronts of houses.

Practicing faithful and just Re-Placement is the active discipline of truth telling, it is learning what is in the soil and speaking it aloud. It can be filled with joy, nostalgia, memories, genealogy lists. It can be filled with history and facts. And if it is to be a practice of anti-oppression and anti-racism, it must get at the root of truth and justice.

I loved those pink overalls because Sister Bear of the Bearenstein bears had a pair.

I was raised by the Crabtree creek watershed, where tulip poplar and a shopping mall draw equal amounts of attention. It was a place marked by “good schools, good neighborhoods” The trees were lush, the mall extravagant.

I was raised by a church who sang joyously, fed folks abundantly, and cherished its legacy of women in leadership and its practice of charity. I was raised by gothic arches and stained glass windows inscripted with the scripture, “I was glad when they said unto me, let us go into the house of the Lord.”

I’m about 9 years old in this picture. The others are my childhood church friends and my brother. This picture was taken at the annual Dinner on the Grounds, a big picnic after Sunday worship service.

I was raised by tables filled with Eastern Style Barbecue, Brunswick Stew, and Banana Pudding.

Dinner on the Grounds took place across the street from the Church building on the North Carolina Capitol Lawn.

You may know what that means. It means that this picture is taken here:

The cannon we’re posing on is a confederate cannon next to the monument inscripted “to our confederate dead”. For 115 years, the front door of my homechurch looked out on this monument.

Which means, I was raised by a confederate cannon.

I was raised by a confederate cannon.

The bold and courageous work of practicing replacement requires us to look, to not divert our eyes...to really look at all of who we are. The history, the memories, the pain, the joy, the good, the evil. Be honest with yourself about yourself. Name, inspect, explore, honor, lament, grieve, purify, repair, come to terms with your humanness, your place in creation, and your relationship with the Creator. This is the work to which we are called.

And, The beauty of our faith is that we can weep, painfully quoting the song of the Psalmist, “By the rivers of Babylon ,we thought about Jerusalem and we sat down and cried. We hung our small harps on the willow trees….how can we sing a song of Zion in a foreign land.”

I was raised by the trees

I was raised by a creek

I was raised by a church

I was raised by a mall

I was raised by a culdesac community

I was raised by a confederate cannon

The faith work of re-placement requires us to hold these things, to look at them, inspect and name them.

And what about We, the collective we….we Charlotteans, we Caldwellians. What are we raising ourselves by?

The old red tree took a turn at raising Caldwellians, many a child becoming familiar with her embrace and shade. The tunes from Lift Every Voice raise us, humming liberation and unity in our ears. There is a story that is raising us, one of nearly dying and coming back to life, of serendipitous and surprising partnerships that brought deep meaning and vibrance.

And when we look at the landscape, we see we are being raised by Little Sugar Creek, which runs just down the hill from Caldwell through the bottom of the Elizabeth neighborhood, through midtown, past the hospital, and on through Freedom Park. Turtles, ducks, and lizards bask in the reflection of the waters as the creek trickles by. The waters move and collect, eventually gathering at the Pee Dee and Catawba River. A Watershed of connection and life.

Take a look at this picture:

This is a piece I recently made for art an exhibit at Alchemy at C3 on water and justice.

The piece is called “Baptismal: Water of Life”

At the top of the piece is a ceramic baptismal font. At the bottom are jars of water, collected from Charlotte area creekbeds. Water, Baptismal, Light reflected, Glass Containers- signs of cleansing, life, beauty, holiness.

The collected waters of this piece symbolize the place that is raising us, Charlotte.

Look a little closer, you might notice the jar labels. Each jar of water has a label on it indicating where it is from. 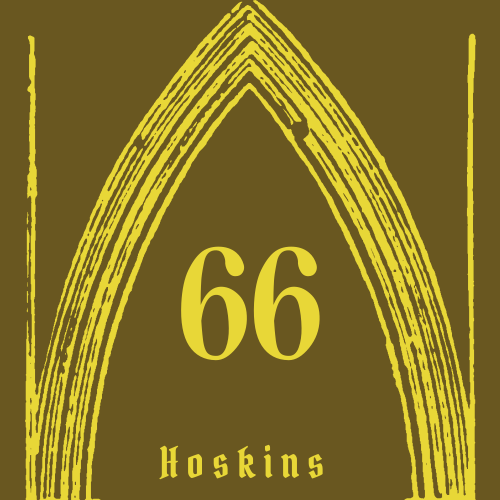 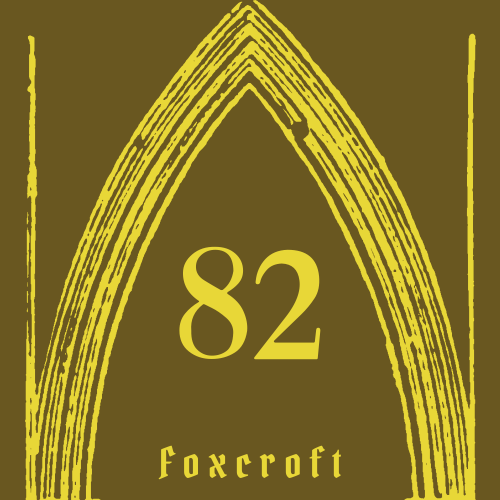 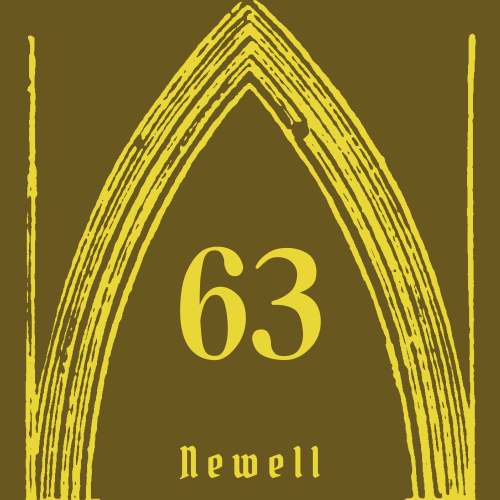 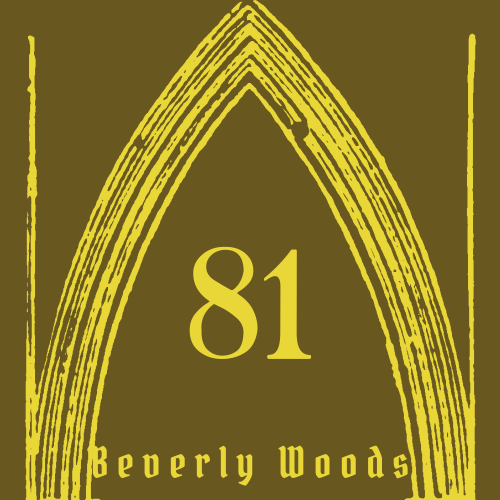 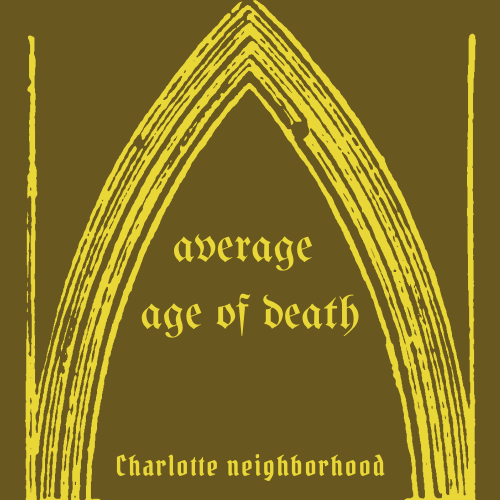 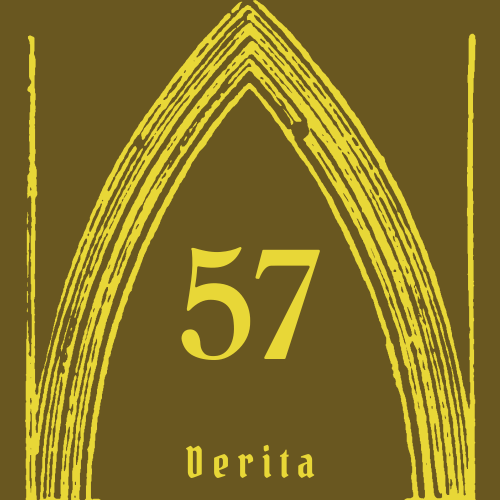 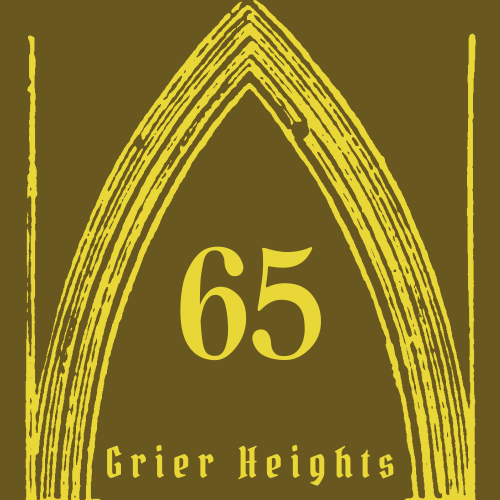 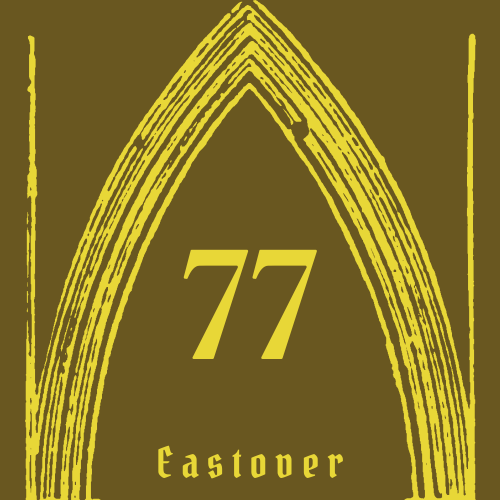 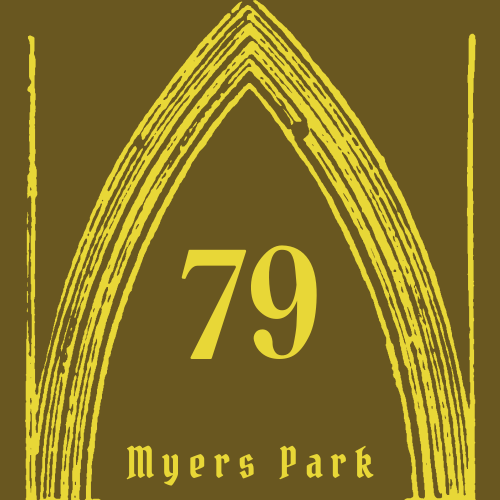 The waters we are raised by, the ones we are immersed in. They are beautiful, they connect us, they nourish us. And that is not all, that is not the whole truth.

The truth is, systemic racism and white supremacy has created a segregated city that profits some and kills others. Our city is one in which you can determine someone's age of death based on their zip code. Our city is one in which 16 years of life are robbed from black and brown folks and given to white folks. This, too, is the stream from which we are being raised.

Our call to faithful co-creative “re-place-ment” is to wade in the life giving waters as well as the troubled waters. To see things for what they really are and to call them by name. This is how we come to know them, how to transform them.

Our faith teaches us that our God is one whose Spirit hovers over the waters and transforms them into something good. We are co-creators with God.

Transformation comes when we dive deeply into a way of life that reflects our intertwined connectedness to one another as brother and sister, children and creatures of the Most Holy. We are called to wade in, re-place ourselves into the truth of the waters; come clean and be made whole.

How do you lift your eyes when your feet are stumbling?